Central Park is one of the largest and most famous urban parks in the world welcoming millions of visitors each year. Famously designed by Frederick Law Olmsted and Calvert Vaux in the 1850’s, Central Park combines natural elements with classic architecture over its 843 acres in the heart of Manhattan. Due to its historical significance, it has been designated a National Historic Landmark (1963) and was placed on the National Register of Historic Places (1966). As we look forward to the Olmsted 200 coming up next year in 2022, we are excited to highlight one of Olmsted’s most famous accomplishments and one of our favorite American parks.

Due to our long history with the New York Parks Department and our company’s continued production of today’s iconic benches of New York City, we’d like to highlight the history of Central Park through photographs - and showcase that while many things change, some stay the same. 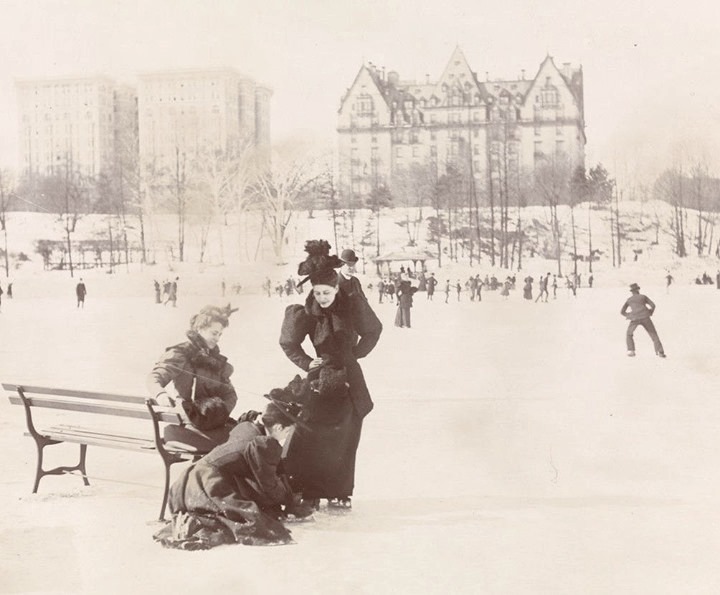 
This painting displays people gathered for a concert at the Central Park Bandstand, also known as the Music Pavillion. This venue was originally built in 1862 and free Saturday afternoon concerts would draw over 45,000 people on a nice summer day during the late 19th century. In 1923, it was decided that a larger venue would be needed and it was rebuilt and renamed the Naumburg Bandshell. You can spot the Central Park Settee depicted in the painting. 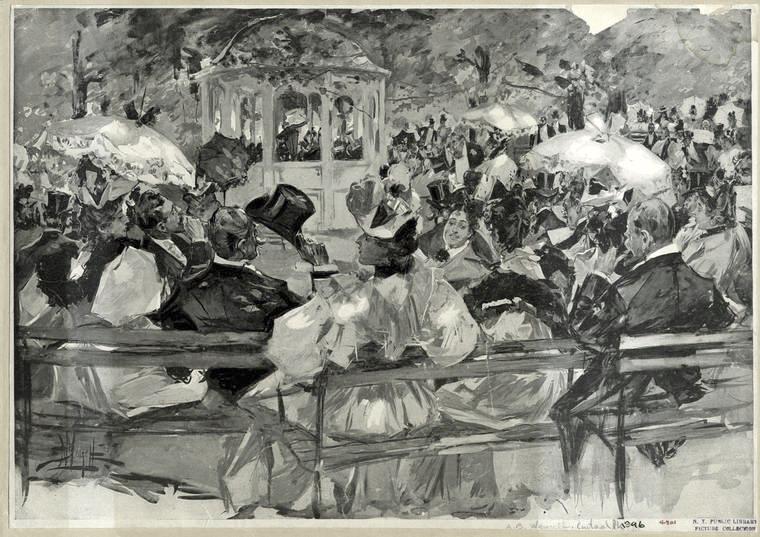 
By the 1900’s, attendance was at its peak at Central Park. Families and working-class New Yorkers started to advocate for an expansion of recreation facilities, such as playgrounds and ballfields. In the images below, you can view the Central Park Settee lining the walkways and being enjoyed by Central Park visitors, providing an opportunity for the park goers to take a seat and enjoy the afternoon’s ambiance. 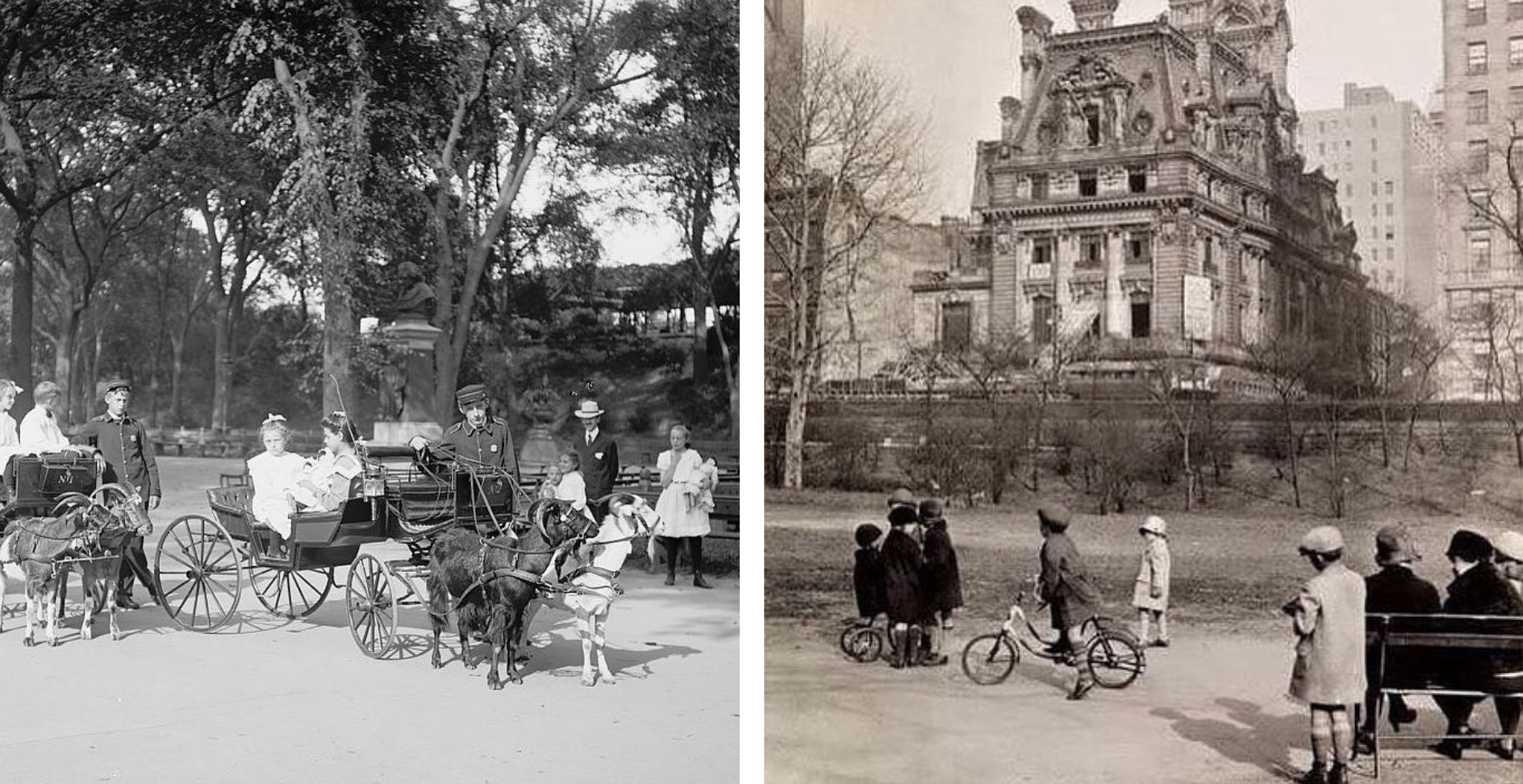 
In 1936, Mr. Kenneth Lynch became involved in the production of benches for New York City during the planning for the 1939 World’s Fair. Kenneth Lynch worked closely with Robert Moses, the New York Parks Commissioner at the time, to create a design that would maximize comfort and to take advantage of manufacturing processes. The iconic 1939 World’s Fair Bench, with its hoop armrests and curved seating, was then installed widely across Central Park and is used in several other parks across the country designed by Fredrick Law Olmsted.

By the mid-1900’s, the Wood and Concrete Benches were also developed and installed in Central Park. This classic Concrete and Wood Park Bench can be found along the perimeter of the park, lining the sidewalks against the stone walls and is still produced by Kenneth Lynch & Sons for various parks across the country. 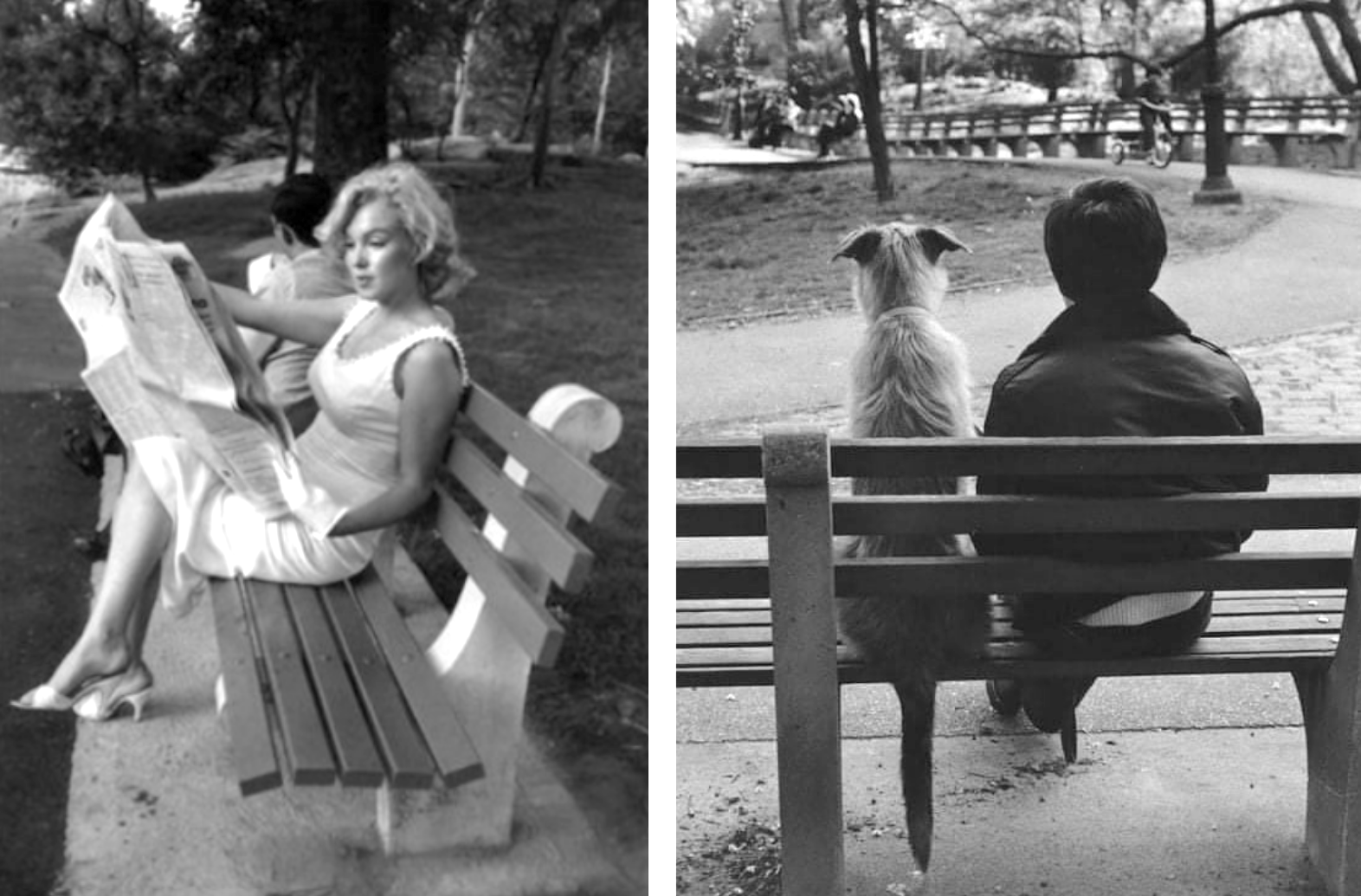 
For over 150 years, visitors, travelers, and the people of New York have come together and gathered in the heart of Manhattan. Central Park is a special part of New York, a place that brings together millions of people each year and one of the greatest icons of American culture.

We encourage you to take a visit to Central Park and enjoy its beauty from one of our benches! The park is open 365 days a year and there is something striking about every season. Kenneth Lynch & Sons is proud to be a long-time partner of the New York City Parks Department and the supplier of not only benches - but decades of special moments, memories, and history. 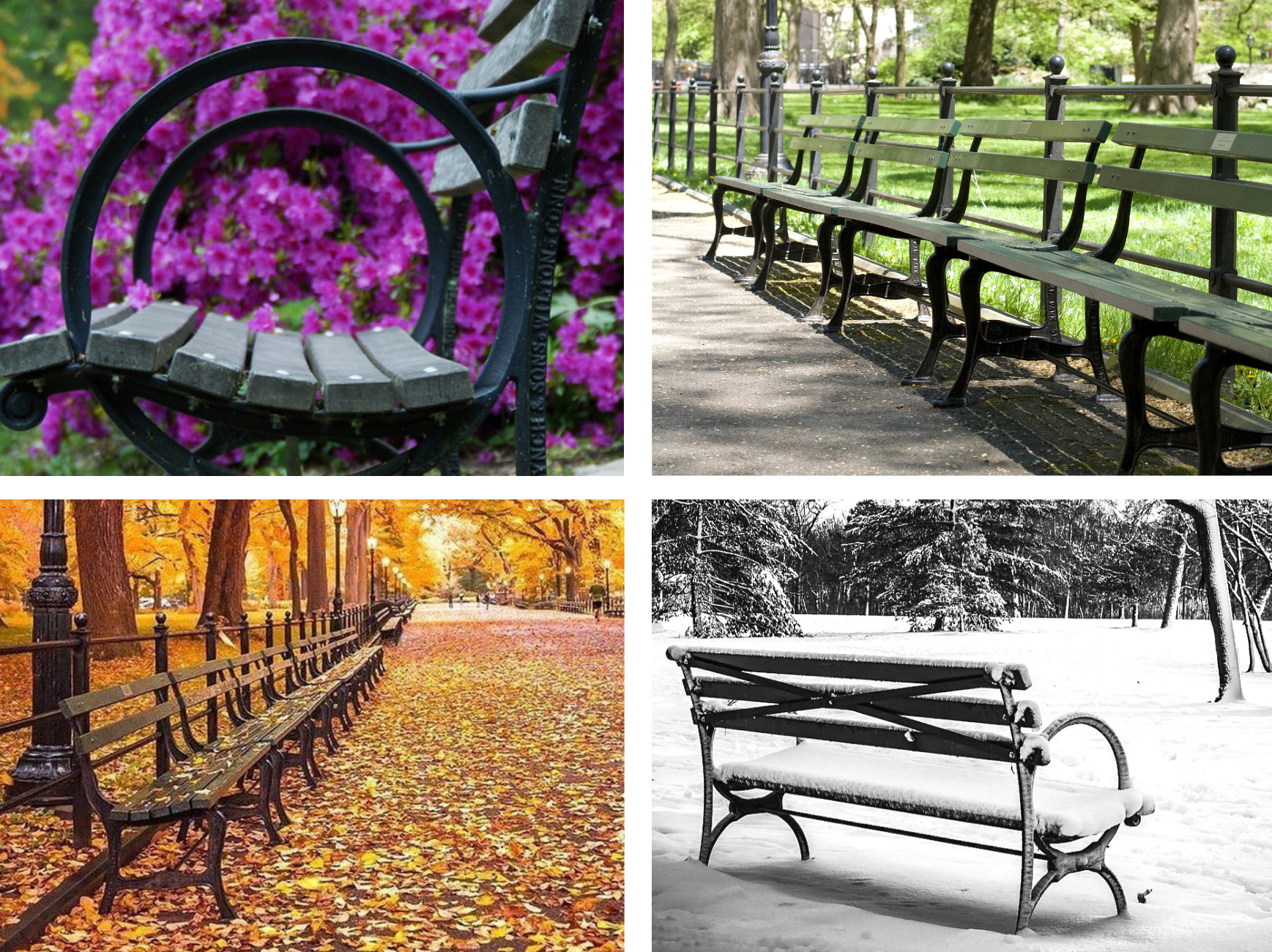